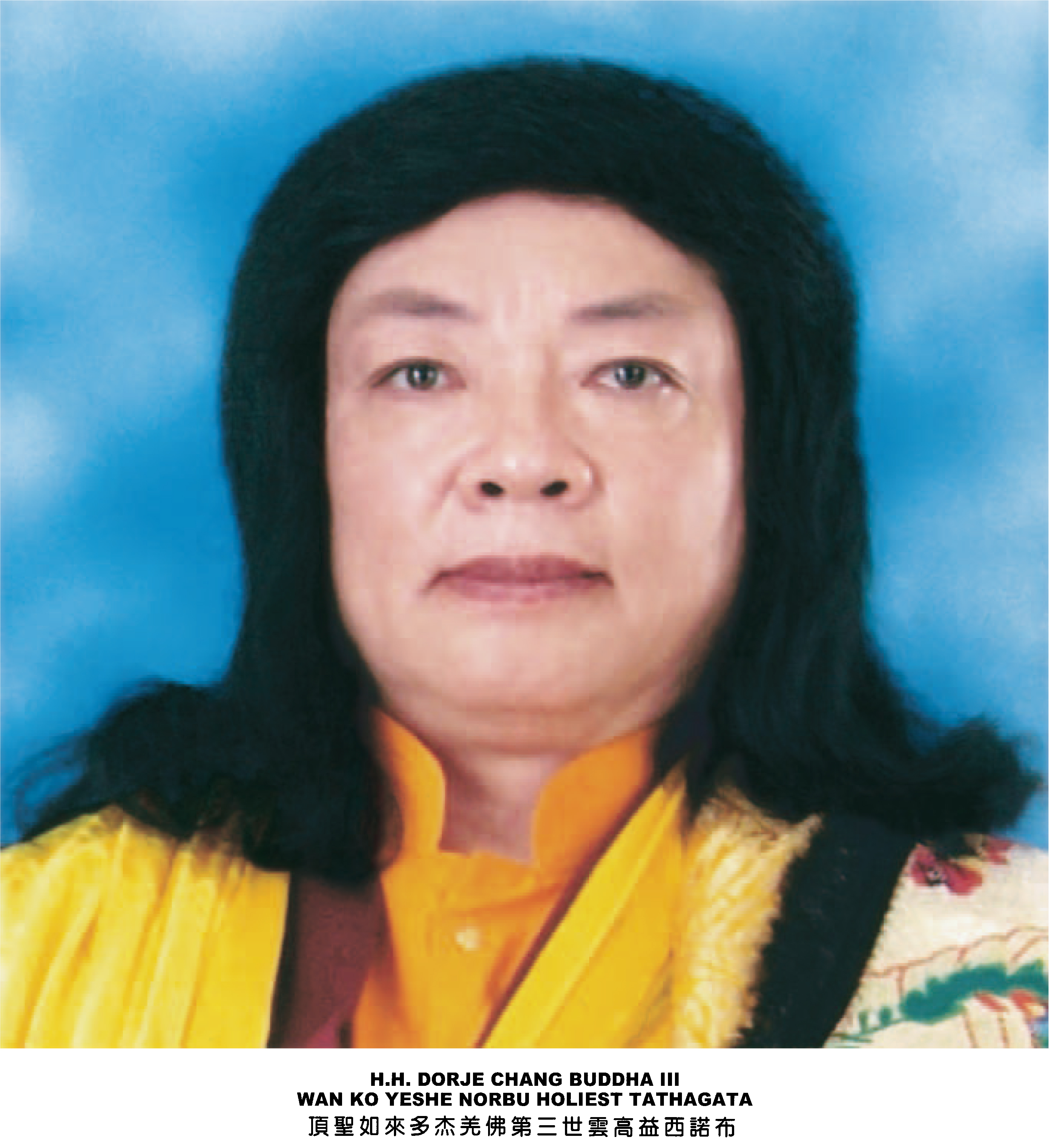 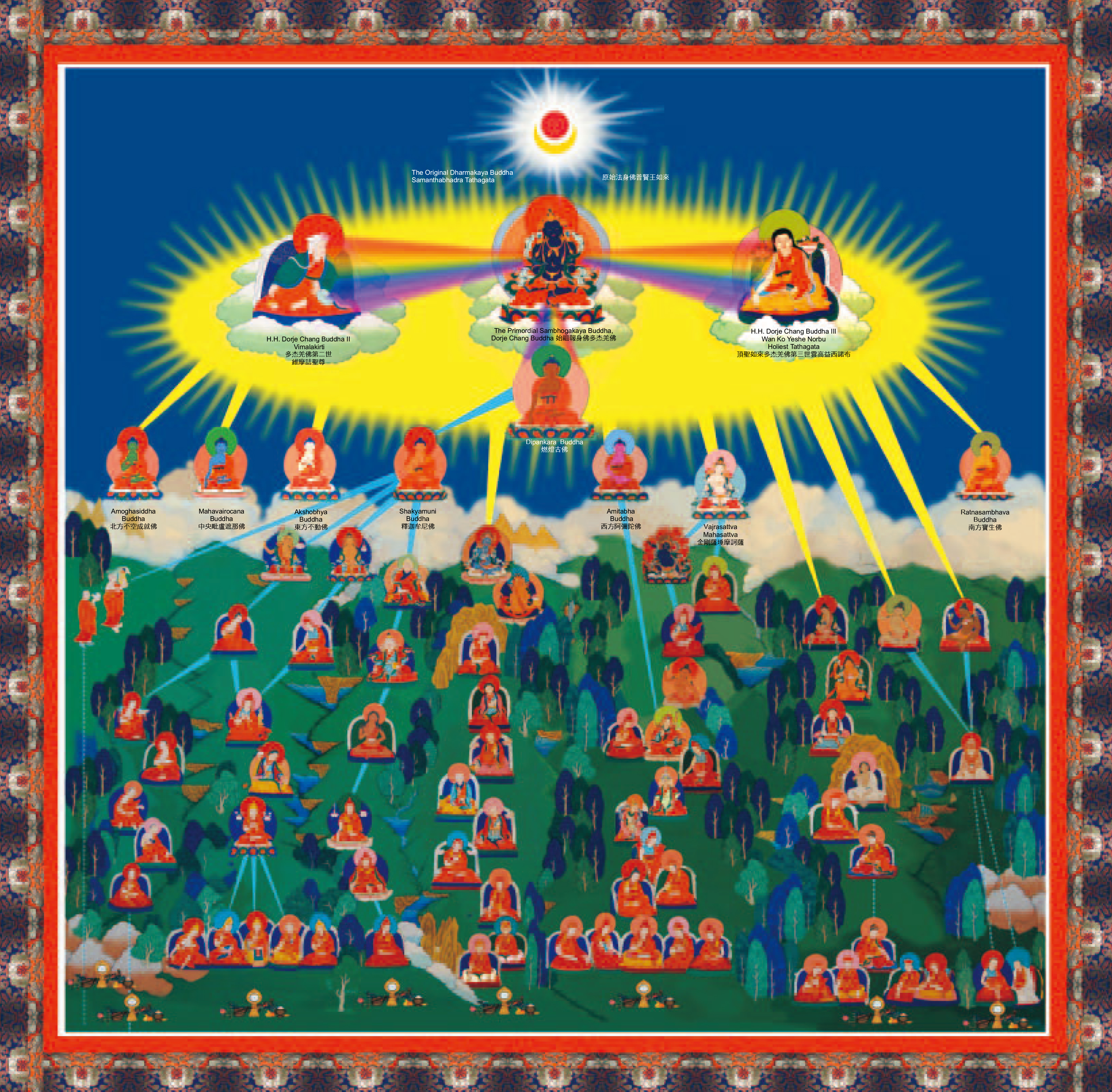 In our world, Buddhism can be divided into Hinayana, Mahayana, and Vajrayana based upon the differing aspirations behind cultivation as well as the magnitude and speed of accomplishment in the dharma. Further divisions can be made based upon sects or schools. Tibetan esoteric Buddhism can be divided into twelve sects, such as Nyingma, Kagyu, Sakya, Geluk, and Jonang sects. There are also many branch sects. Within Buddhism there is also esoteric Buddhism taught by Sakyamuni Buddha contained in the Tripitaka, the Shingon sect, and exoteric Buddhism, which includes Zen Buddhism, the Pure Land school, and the Vinaya school, and many other schools.

However, whether it is Hinayana, Mahayana, Vajrayana, or any of the aforementioned sects or schools, they have all received their lineage from Dorje Chang Buddha. With respect to all of Buddhism in the dharma realm, Dorje Chang Buddha is the true primordial ancestor with form. Without Dorje Chang Buddha, there would be no Buddhism, no Buddha-dharma, no Buddhist studies, no Buddhas, no Bodhisattvas, no dharma kings, no rinpoches, no dharma teachers, and no Buddhists. There would only be the concept of the absolute truth of the universe that is not born and does not perish. This is the formless dharmakaya Buddha known as Samantabhadra Tathagata or Adharma Buddha. The dharmakaya has no form. It has no sound and does not speak. This dhamakaya is called Buddha-nature, which is not Buddhism. It abides in perfect stillness. With the dharmakaya, there is no subject who can expound the dharma.

For more than two thousand years, different Buddhist sects have mixed together and have originated from one another. Patriarchs have taught dharma to one another and have learned from one another during these more than two thousand years. This has caused the network of lineages within all of Buddhism to become extremely large and complex. Such a lineage refuge tree surely cannot be clearly depicted in just a few pages. Because of space limitations, it was not possible to include in this lineage refuge tree all of the Buddhist sects, all of the Buddhas and Bodhisattvas, and all of the great patriarchs. Thus, this lineage refuge tree only includes a few percent of them in a representative capacity. Nonetheless, everything stated above regarding lineages is accurate and unbiased.