When the universe originated, it was boundless and everything was silent. There was no such thing as length of time or size of space. There was no shape and form, no interior and exterior, no birth and death. This is the dharmakaya (dharma body) Buddha. The true meaning of the dharmakaya Buddha is the concept of a universe that does not perish. This concept of a universe that does not perish is also called “dharmadhatutathata (dharma realm true-suchness),” which is Samantabhadra Tathagata (Adharma Buddha).

In order to make a distinction between those three, the dharmakaya Buddha was named Adharma Buddha, the sambhogakaya Buddha was named Dorje Chang Buddha, and the nirmanakaya was named Vajrasattva. Actually, Samantabhadra Tathagata is Adharma Buddha and also is Dorje Chang Buddha. In truth, there are not two Buddhas. These distinctions resulted from there being a dharmakaya, sambhogakaya, and nirmanakaya.

Based on this dharma, Samantabhadra Tathagata did not directly incarnate. Even the ancient Buddha Dipankara and Vajrasattva were the nirmanakayas of Dorje Chang Buddha. Sakyamuni Buddha was a disciple of Dipankara Buddha. However, many sects list Samantabhadra Tathagata as the first Buddha who began all the lineages in the dharmadhatu. This way of thinking is actually not erroneous. That is because although Samantabhadra Tathagata is a dharmakaya without form and has no way of speaking, the origin lies with this dharmakaya from which the sambhogakaya Dorje Chang Buddha manifested. This sambhogakaya Buddha was the first one to spread the Buddha-dharma and save living beings in the three spheres of existence so that they would become holy beings.

H.H. Wan Ko Yeshe Norbu Holiest Tathagata is the only Dorje Chang Buddha III in the history of Buddhism. This has been recognized by greatly accomplished beings of the highest order in the world as well as famous dharma kings and rinpoches from various sects who have issued written recognition documents in accordance with the dharma! 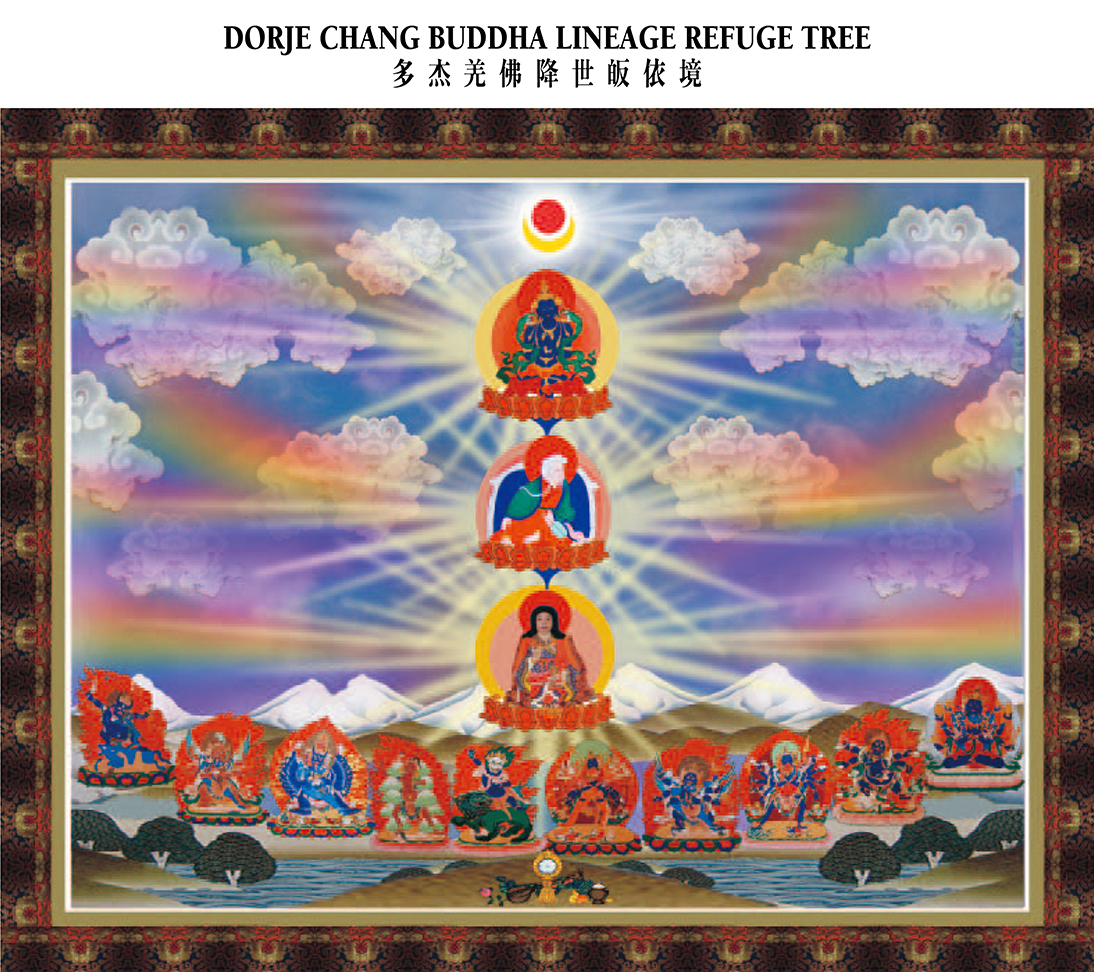 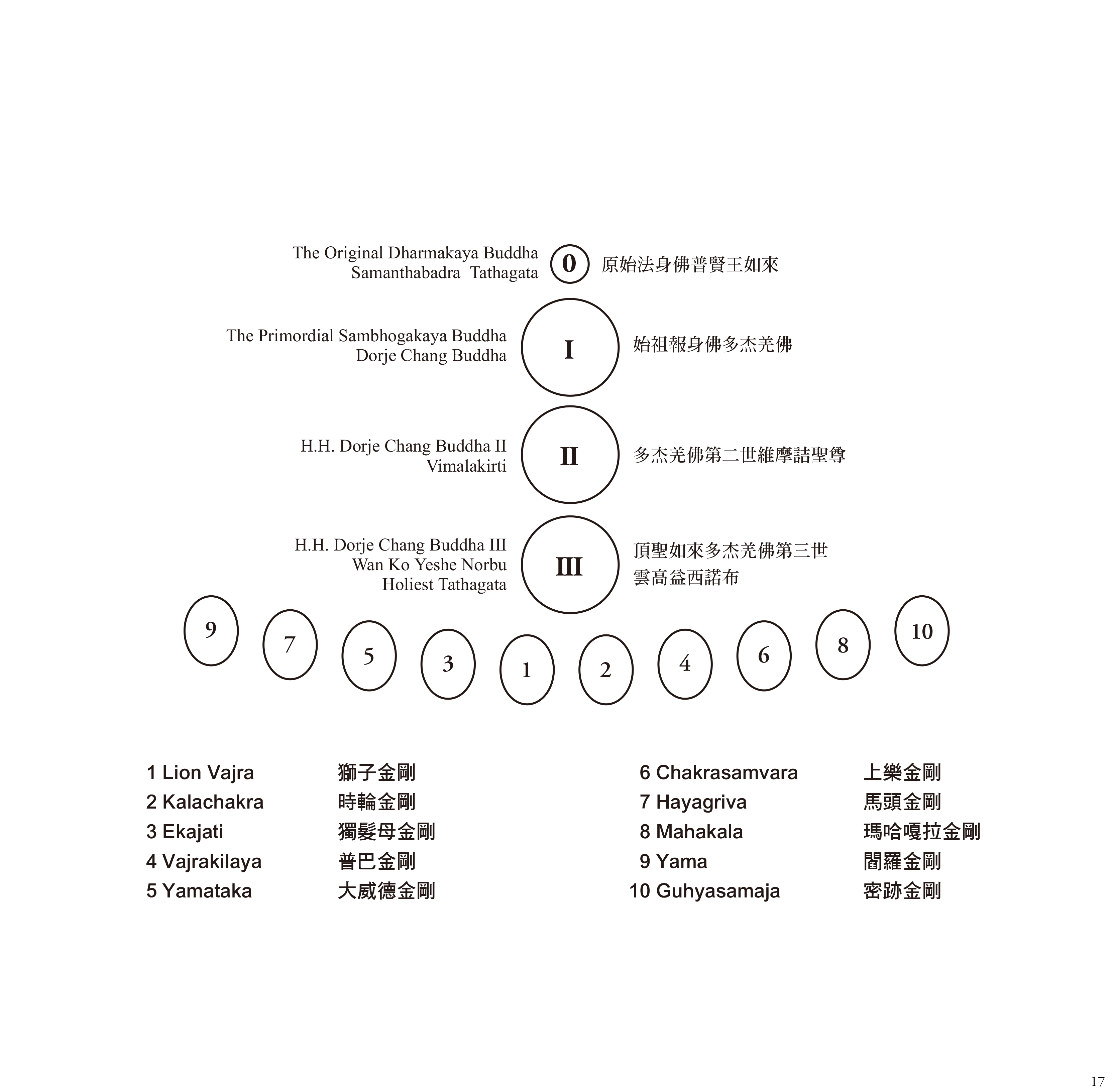